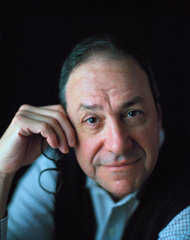 More on the Environment »

Oliver no longer talks so freely about the environmental critics of the Keystone pipeline; all of Harper’s ministers have been instructed to stop making comments that might be construed as interfering in the American presidential election.  But there are other, more diplomatic, ways to send messages.  Like going to China with your cabinet members and cutting energy deals with a country that has, as The Globe and Mail in Toronto put it recently, a “thirst for Canadian oil.”  Oil, I might add, that may be a little dirtier than the crude that pours forth from the Saudi Arabian desert — that is one of the main reasons environmentalists say they oppose Keystone — but is hardly the environmental disaster many suppose.

I realize that President Obama rejected Keystone because, politically, he had no choice.  My guess is that, in his centrist heart of hearts, the president wanted to approve it.  But to give the go-ahead before the election was to risk losing the support of the environmentalists who make up an important part of his base.

I also understand that the Republican decision to force Obama’s hand was a political stunt, allowing them to denounce his decision during the campaign.  As Jennifer Steinhauer put it in The Times recently, “Republicans are framing Keystone as an urgent jobs and energy project at a time of high unemployment and creeping gasoline prices.”

Surely, though, what the Keystone decision really represents is the way our poisoned politics damages the country.  Environmental concerns notwithstanding, America will be using oil — and lots of it — for the foreseeable future. It is the fundamental means by which we transport ourselves, whether by air, car or truck. Where do we get that oil? Mostly from countries that don’t like us, like Venezuela, which has the world’s second-largest oil reserves.

And here is Canada, a staunch American ally that has historically sold us virtually all of its crude exports.  Over the past two decades, energy companies have invested tens of billions of dollars in the tar sands, so much so that Canada now ranks No. 3 in estimated oil reserves. Along with the natural gas that can now be extracted thanks to hydraulic fracturing — which, of course, all right-thinking environmentalists also oppose — the oil from the Canadian tar sands ought to be viewed as a great gift that has been handed to North America.  These two relatively new sources of fossil fuels offer America its first real chance in decades to become, if not energy self-sufficient, at least energy secure, no longer beholden to OPEC.   Yet these gifts have been transformed, like everything else, into political footballs.

In Canada, the Keystone XL controversy has created a surprising new resolve.  “Keystone was a transformative turning point in terms of how Harper sees the bilateral relationship,” says Fen Hampson, a professor of international affairs at Carleton University in Ottawa.  Instead of blithely assuming the United States would purchase its oil, Canada is now determined to find diverse buyers so it won’t be held hostage by American politics.  Hence, the newfound willingness to do business with China.  Canada has concluded that it simply can’t expect much from the United States, even on an issue that would seem to be vital to our own interests.

As it turns out, the environmental movement doesn’t just want to shut down Keystone.  Its real goal, as I discovered when I spoke recently to Michael Brune, the executive director of the Sierra Club, is much bigger.  “The effort to stop Keystone is part of a broader effort to stop the expansion of the tar sands,” Brune said.  “It is based on choking off the ability to find markets for tar sands oil.”

This is a ludicrous goal.  If it were to succeed, it would be deeply damaging to the national interest of both Canada and the United States.  But it has no chance of succeeding.  Energy is the single most important industry in Canada.  Three-quarters of the Canadian public agree with the Harper government’s diversification strategy.  China’s “thirst” for oil is hardly going to be deterred by the Sierra Club. And the Harper government views the continued development of the tar sands as a national strategic priority.

Thus, at least one country in North America understands where its national interests lie.  Too bad it’s not us.

A version of this op-ed appeared in print on February 7, 2012, on page A31 of the New York edition with the headline: Poisoned Politics of Keystone XL.

Get Free E-mail Alerts on These Topics