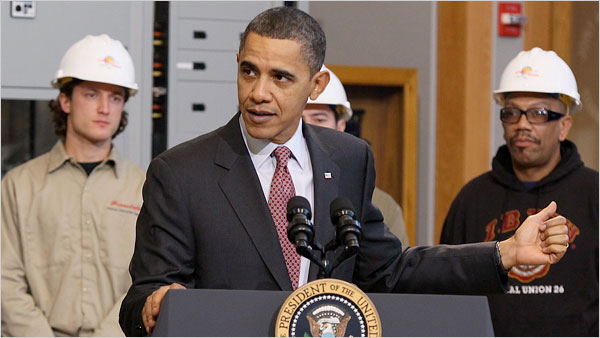 Speaking at the headquarters for the International Brotherhood of Electrical Workers Local 26 in Lanham, Md., President Obama said the government would back two new nuclear plants in Georgia.

Published: February 16, 2010
More Articles in Business » A version of this article appeared in print on February 17, 2010, on page B1 of the New York edition.